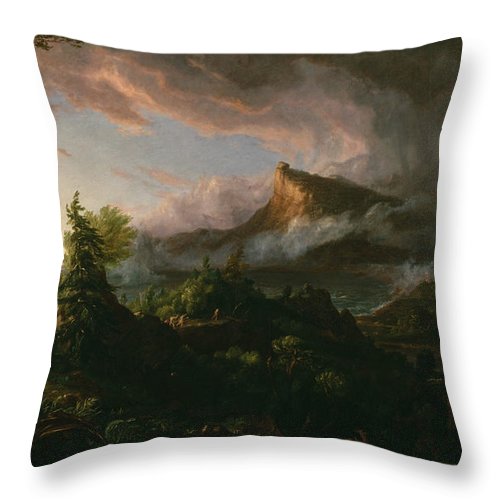 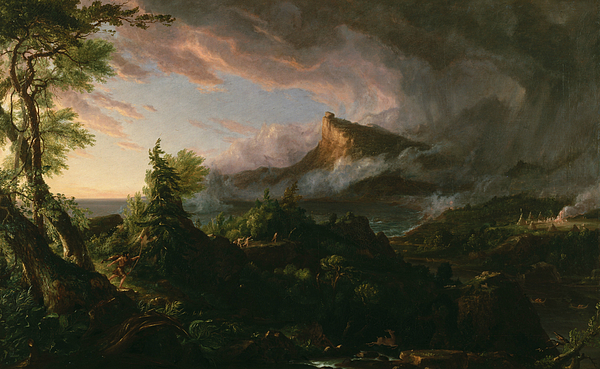 Our throw pillows are made from 100% spun polyester poplin fabric and add a stylish statement to any room. Pillows are available in sizes from 14" x 14" up to 26" x 26". Each pillow is printed on both sides (same image) and includes a concealed zipper and removable insert (if selected) for easy cleaning.

The Savage State from The Course of Empire by Thomas Cole, 1834.... more

The Savage State from The Course of Empire by Thomas Cole, 1834. Thomas Cole was known for his landscape and history paintings. He is regarded as the founder of the Hudson River School, an American art movement from the mid-19th century. Cole's work is known for its romantic portrayal of the American wilderness.