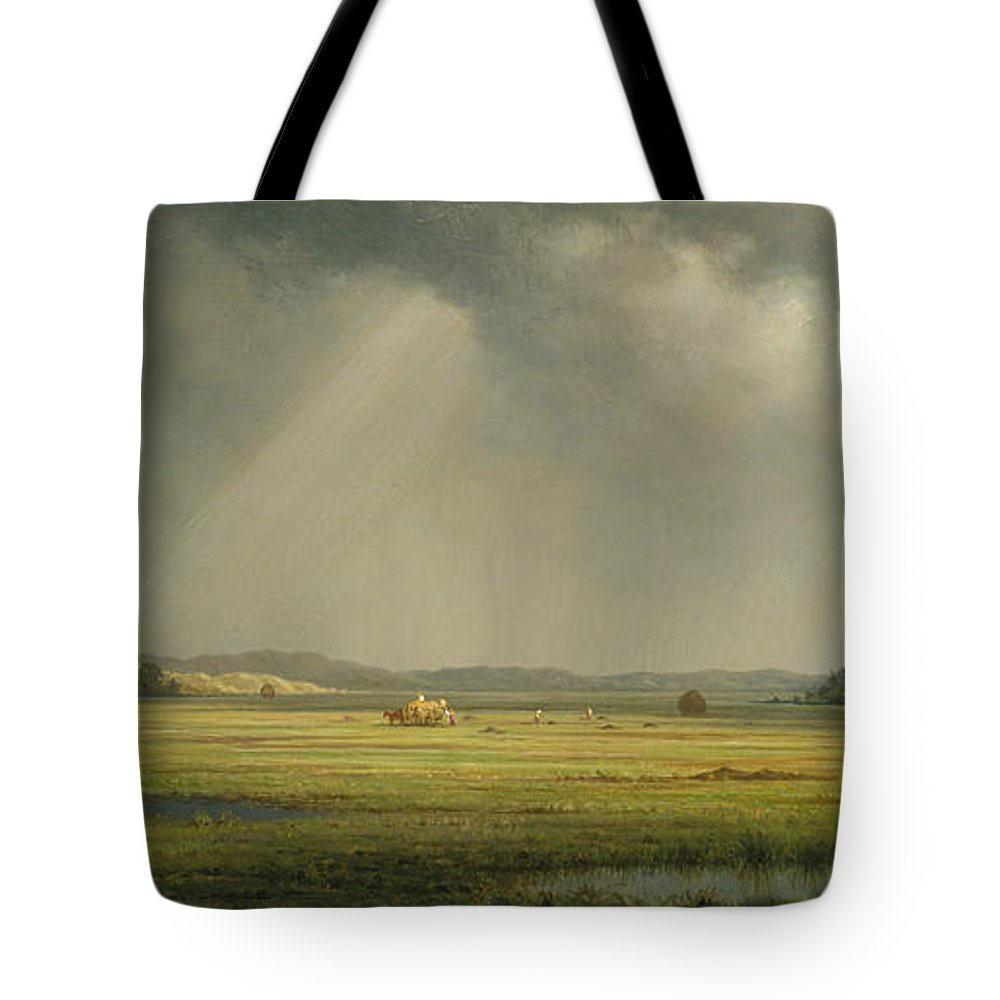 Our tote bags are made from soft, durable, poly-poplin fabric and include a 1" black strap for easy carrying on your shoulder.   All seams are double-stitched for added durability.   Each tote bag is machine-washable in cold water and is printed on both sides using the same image.

Newburyport Meadows by Martin Johnson Heade, circa 1876-1881. Martin Johnson Heade was a prolific American painter known for his salt marsh landscapes, seascapes, and depictions of tropical birds (such as hummingbirds), as well as lotus blossoms and other still lifes. His painting style and subject matter, while derived from the romanticism of the time, are regarded by art historians as a significant departure from those of his peers. Heade was not a widely known artist during his lifetime, but his work attracted the notice of scholars, art historians, and collectors during the 1940s. He quickly became recognized as a major American artist. Although often considered a Hudson River School artist, some critics and scholars take exception to this categorization. Heade's works are now in major museums and collections. His paintings are occasionally discovered in unlikely places such as garage sales and flea markets.